The History Of Juneteenth 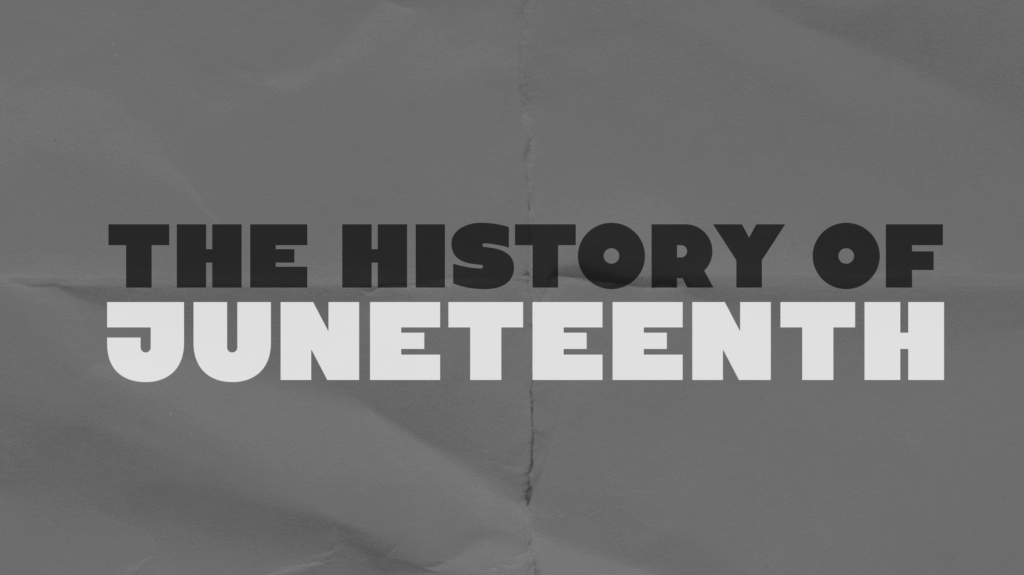 Juneteenth is the oldest celebrated commemoration of the ending of slavery in the United States. While it originated in Galveston, Texas in 1865, the holiday has now become federally recognized.

If you’re not familiar with this important holiday, keep reading to learn more about Juneteenth and its deep significance.

Juneteenth is the oldest celebrated commemoration of the ending of slavery in the United States.

Where did it start?

While it originated in Galveston, Texas in 1865, the holiday has now become federally recognized.

What is the significance of the date June 19th?

From Juneteenth.com: “On June 19th the Union soldiers, led by Major General Gordon Granger, landed at Galveston, Texas with news that the war had ended and that the enslaved were now free. Note that this was two and a half years after President Lincoln’s Emancipation Proclamation – which had become official January 1, 1863. The Emancipation Proclamation had little impact on the Texans due to the minimal number of Union troops to enforce the new Executive Order. However, with the surrender of General Lee in April of 1865, and the arrival of General Granger’s regiment, the forces were finally strong enough to influence and overcome the resistance.”

From Juneteenth.com: “The Civil Rights movement of the 50’s and 60’s yielded both positive and negative results for the Juneteenth celebrations. While it pulled many of the African American youth away and into the struggle for racial equality, many linked these struggles to the historical struggles of their ancestors. This was evidenced by student demonstrators involved in the Atlanta civil rights campaign in the early 1960’s, who wore Juneteenth freedom buttons. Again in 1968, Juneteenth received another strong resurgence through Poor People’s March to Washington D.C.. Rev. Ralph Abernathy’s call for people of all races, creeds, economic levels and professions to come to Washington to show support for the poor. Many of these attendees returned home and initiated Juneteenth celebrations in areas previously absent of such activity.”

Why is Juneteenth important?

From Vox: “Juneteenth is a necessary moment of observation because our government and, to a certain degree, our nation and our culture has not really acknowledged the trauma of 4 million enslaved people and their descendants. It hasn’t acknowledged the impact this institution has had on this country and continues to have on this country. There hasn’t been a national accounting, and I think the Juneteenth holiday is kind of a reminder of that. And it will continue to be a reminder and a haunting until we do. It’s necessary, but it isn’t sufficient in terms of what we need to when it comes to acknowledging this history.”

Want to learn more about Juneteenth?

“Why celebrating Juneteenth is more important now than ever” – by P.R. Lockhart

“What Is Juneteenth?” – by Henry Louis Gates, Jr.

Want to know how we’re honoring this holiday?

oVertone continues our tradition of making an annual donation to the Equal Justice Initiative and the NAACP. In addition to donations, we are observing Juneteenth by dedicating this space to education and the sharing of resources.